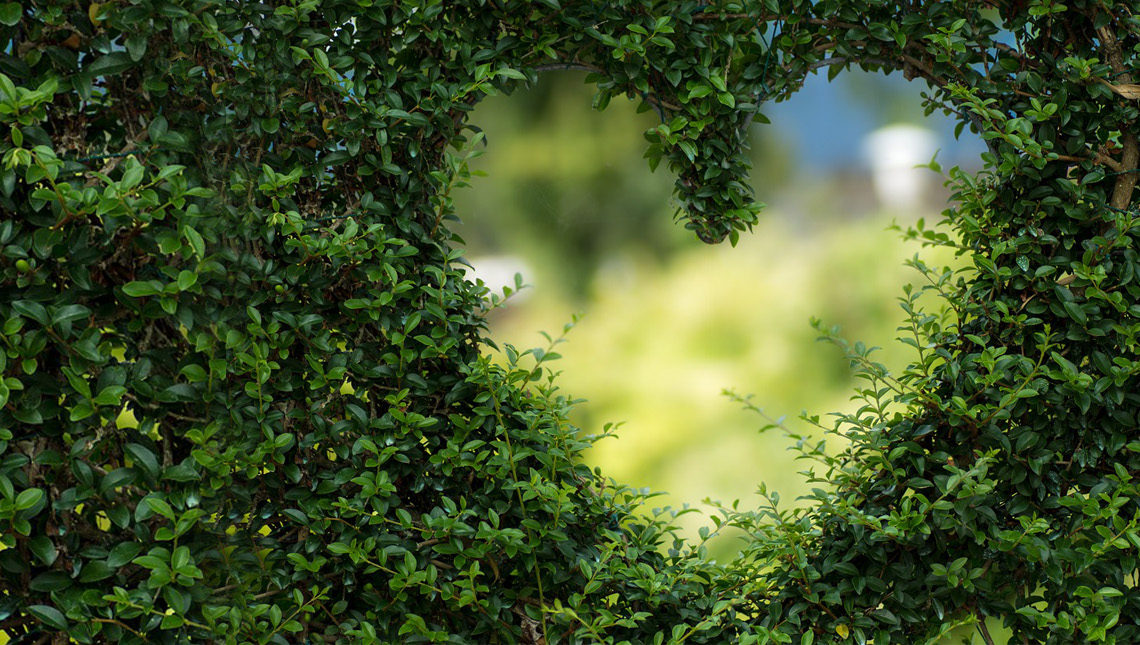 “Plants are living beings that perform a variety of important functions on our planet. The Biotechnical Faculty in Ljubljana is engaged in measuring their respiration, photosynthesis, water regime, release of oxygen, mineral nutrition, etc., while also measuring the stress factors of plants, such as lack of and excess water. However, the plants carry with them something ‘more’.

“In addition to the incredible physical abilities, plants also have highly developed senses and, as it seems, some kind of ‘psychological’ abilities and a surprisingly active ’emotional’ life. Until recently, it was assumed that plants are machines without senses. Current scientific research confirms the vision of poets and sages that plants can communicate and have something that might be called a personality or soul.” (Bird, Tompkinson).

Plants are able to perceive sounds that human beings can not hear with their ears. In fact, they react to the frequencies of the solar spectrum, such as infrared and ultraviolet light. They are also sensitive to the X-ray and high-frequency waves.

Not only that, plants are also associated with music. At the University of Annamalaidu in India, researchers have shown that music causes a faster and richer growth of plants, while their fruits are more abundant and the yield is higher.

It was also proven that plants detect human emotions. Baxter, one of the top US experts on the checking of people by means of a lie detector – galvanometer, discovered that plants react violently to lies of man, to the danger which was formulated in the human mind with the purpose of harming the plant. Also Vogel, a chemist and researcher of magnetism, had similar results. Using only his thoughts, he could cause the plant to react violently, and then calmed it down just as quickly.

“Plants are living beings, sensitive to everything going on around them. They are very sensitive instruments for measuring human emotions. They connect to our energy fields, feed them and we return this energy back to them.” (Vogel)

In Russia, they discovered that plants are beings which behave very intelligently.

Scientists have also found that with photos and radionics we can influence plant growth, protect them from pests and raise the abundance of their crops.

What mechanisms operate in these processes, how and why the human mind affects the plants and what is the essence of radionic, eloptic, orgonic, bio-, psycho-, etc. energy, we do not know. It is clear that this technology is powerful but potentially dangerous. Shortly before his death, Nikola Tesla said:

”The day that science starts to study non-physical phenomena, it will progress more in ten years than it has in all previous centuries of its history.”

Since 1970, the communication of plants was studied in Damanhur (Federation of communities with its own constitution, culture, art, music, monetary currency, school). As part of these studies, they have created instruments that have the ability to capture electromagnetic waves on the surface of plants and their root systems. These waves were converted into sound and movement. Such a device can read the electrical variations by connecting to the leaf and the root system of a plant. All this is then converted into a MIDI instrument that converts the electrical waves into music in real time, but varies depending on the environment to which the plant reacts. Thus, man has acquired a real chance of listening to the endless possibilities of nature and its communication with us.

PURPOSE OF THE PROJECT

According to the introductory mentioning of the importance of plants and their perception of hearing and communication with people the intention of my project is to present nature to the human world. Man should consciously experience our planet and its flora, since it is also almost forgotten. The more there will be of conscious experience of plants, the stronger the relationship between humans and nature, as well as between people in general.

Given that I also explore sound of plants with a special apparatus from Damanhur, I realized how beneficial the impact of this sound on the individual really is. I was completely taken over by the experience that plants really produce such a sound, that they communicate with me and with other beings. I have always been connected with nature, however, this experience brought me even closer to nature and explained to me the functioning of the world.

My desire and intention is to make people more aware of nature through sound.

The project is aimed at all the people who will be able to experience nature through sound in a completely different way and because of their experience realize how important it is to maintain it clean, to talk to her, to let it be a part of us. First and foremost, this purpose was intended for a tree park in Celje, where one can use the sound to preserve old varieties of trees and the local nature. The Municipality of Celje is still negotiating about what they will create on that piece of land, however, the call of nature is strong. We want to preserve that little piece of nature and turn it into a pedestrian area and sound ‘laboratory’ where people would be able to listen to the sounds of trees and other plants.

This will also take place in the tree house in Celje. Occasionally, workshops will be created with trees, plants, and lectures will be conducted on the perception of plants and their importance to our planet. Other respiratory and relaxation meditations will also be implemented on a scheduled basis, for the good of all people.

In the next part of this project schools and other groups will be attracted, in order to get acquainted with these sounds.

MY STORY and CONTRIBUTION

A few years ago, I researched trees with the help of the photographer Pavle Kumar and started with the implementation of workshops on the healing energy of trees in Celje.
My sensory perception is important in the implementation of such a project as the Sound of plants is, since only with knowledge and research can we create a field in which people will be able to experience that which is my purpose – detection of plants through sound and the experiencing of nature.
Through sound, I will contribute to the environmental awareness.

“Certain researchers who have tried to repeat the experiments of Vogel and Backster failed in their every single attempt. Vogel believes that in these experiments the key to success is the empathy between man and plant. He says that the prerequisite for the success of the experiment is the spiritual development of the experimenter. This is in contrast with the current position of the official science which does not yet recognize that creative experimentation is not possible, if the experimenter is not part of his/her own experiment. Backster stated: “Whenever the approach to experiments is mechanistic and there is no two-way communication with the plant, if we don’t treat it as a friend, the experiment can’t succeed.” (Bird, Tompkinson).

I invite everyone who wants to financially support our projects, those who want to help promote the project itself to the public and those who would like to join us at the very performance.